DID YOU KNOW THAT ANIMALS BELONGING TO AMERICAN CITIZENS WERE NOT ALLOWED TO BE EVACUATED FROM AFGHANISTAN?

Charlotte Maxwell-Jones is a U.S. citizen in Afghanistan who founded Kabul Small Animal Rescue (KSAR). She has approximately 250 dogs and cats that U.S. citizens had to leave behind because their animals were not allowed on the evacuation flights, even in cargo.

For the distraught American families being evacuated, KSAR was their last hope to keep their beloved animals safe, until they could be reunited.

The situation in Afghanistan now is dire for Charlotte, her staff and the animals. She is courageously staying hoping to get the staff and animals evacuated.

On August 30, approximately 50 dogs in carriers were brought to Kabul airport prior to the U.S. military departure. According to news reports, Charlotte and the staff of KSAR arrived at the airport together with family members and the animals, but Taliban guards allowed only Charlotte and the dogs to enter. The KSAR staff were told to wait with the cats.

Only nine of 125 people associated with the KSAR clinic were allowed through the gates and left Afghanistan. The staff, family members, and the cats returned to the clinic.

According to Charlotte, while the U.S. military personnel on the ground were wonderful with the dogs, the military higher-ups would not let the dogs evacuate, even in cargo.

U.S. Command Central took the animals from Charlotte and gave orders that the dogs had to be released in an area of the airport. At Charlotte's request, food bags were opened and scattered to help the dogs survive.

"Military Working Dogs" were evacuated by the military. But many of Charlotte's dogs are "Contractor Working Dogs" who often assist the military in jobs such as bomb sniffing. They were left behind because their category definition did not make them the property or "responsibility" of the military.

In the final weeks before August 30, local rescue groups, U.S. military defense contractors, and American families were bringing their animals to KSAR for care, protection and transport to the U.S.

While plans are apparently being made, not to be publicly disclosed, Charlotte, her staff and her animals are all in grave danger. A number of the cats she was caring for died from exposure to tear gas.

In the last week, according to the September 22, 2021 updates on Facebook, Charlotte and KSAR were able to rescue about 40 dogs from the airport, but there is a larger group of dogs still being kenneled there. Some of the dogs released have died.

The United States Government has yet to act on behalf of the staff and animals of KSAR.

In contrast, the UK has completed staff and animal evacuations for UK citizen Pen Farthing, who ran the Nowzad animal rescue in Afghanistan.

Farthing faced similar pushback, in particular from the British Minister of Defense, with the accusation that he cared more about animals than people.

His response, like Charlotte's, was why not save both people and animals? Especially because animals can ride in cargo. In the end, the UK Prime Minister interceded, and Farthing and his animals were safely evacuated.

Farthing landed at Heathrow Airport in England, on August 29, via a chartered plane sponsored by the U.K. government, with evacuated people and approximately 100 dogs and 70 cats in cargo. Farthing recently reported that his remaining staff members were also evacuated from Afghanistan and arrived in Pakistan.

Charlotte and her team continue to take in and care for animals left behind who need vet care and comfort. Their animal family now includes a tortoise, Sheldon, they heard about on Sky News.

It has been three weeks since our dogs were seized by the US military and released onto the grounds of the Kabul airport instead of being allowed to go back to our clinic, following a series of failed charter evacuation flights. Our team remains on the ground and has been working non-stop to recover these dogs and support the Afghan staff at the airport who caught and are caring for working and rescue dogs that have not yet been released to us. We also work to ensure food and water are provided around the airport for those not yet caught. Our own staff are caring for the recovered dogs and newly rescued dogs at our clinic, including this group of happy puppies you see here.

In addition to the over 40 dogs we have recovered from the airport and the larger group still kenneled there, KSAR has rescued over two dozen additional dogs, several cats to add to our cadre of well over 70, two tortoises, three peacocks, two sheep, and are working on evacuation and re-homing plans for a group of bunnies and parrots (and yes, specialty vets, please keep it coming with the advice on exotic animals!). We could not have done this without the continued support of those patient animal lovers who have allowed us to quietly continue the daily painstakingly careful operations of coordinating with multiple governments and organizations as well as the Taliban, who are the de facto government in Afghanistan and control almost every aspect of life here in the city. Overland routes are not currently safe, especially with the greater presence of ISIS terrorists near the Pakistani border now, so we are hunkering down and waiting until flights are stable and plans can be approved by the many entities involved.

We are grateful that we have been able to turn part of the horrible tragedy at the airport into a blessing, which is to safely operate and continue to save lives when so many organizations have not been granted any safety or operational permissions, and we do not intend to squander these opportunities. We've been alerted to many animal rescue situations here in Kabul and have tried to respond to them to the best of our ability. We will continue to do so. We don't always see all the comments, so please message us with "KABUL RESCUE" in the beginning so our team can flag it. The more specific information on location, the better chance we have. 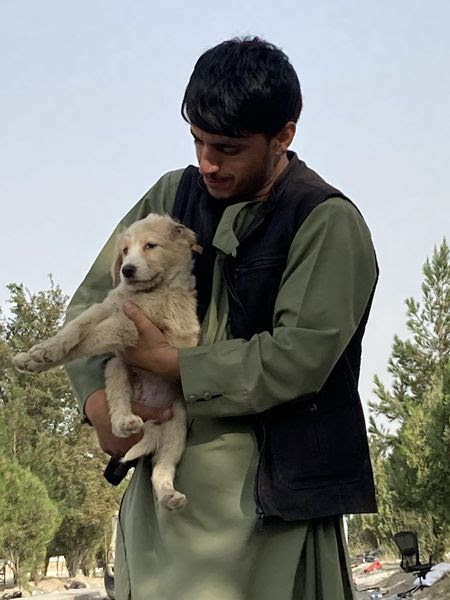 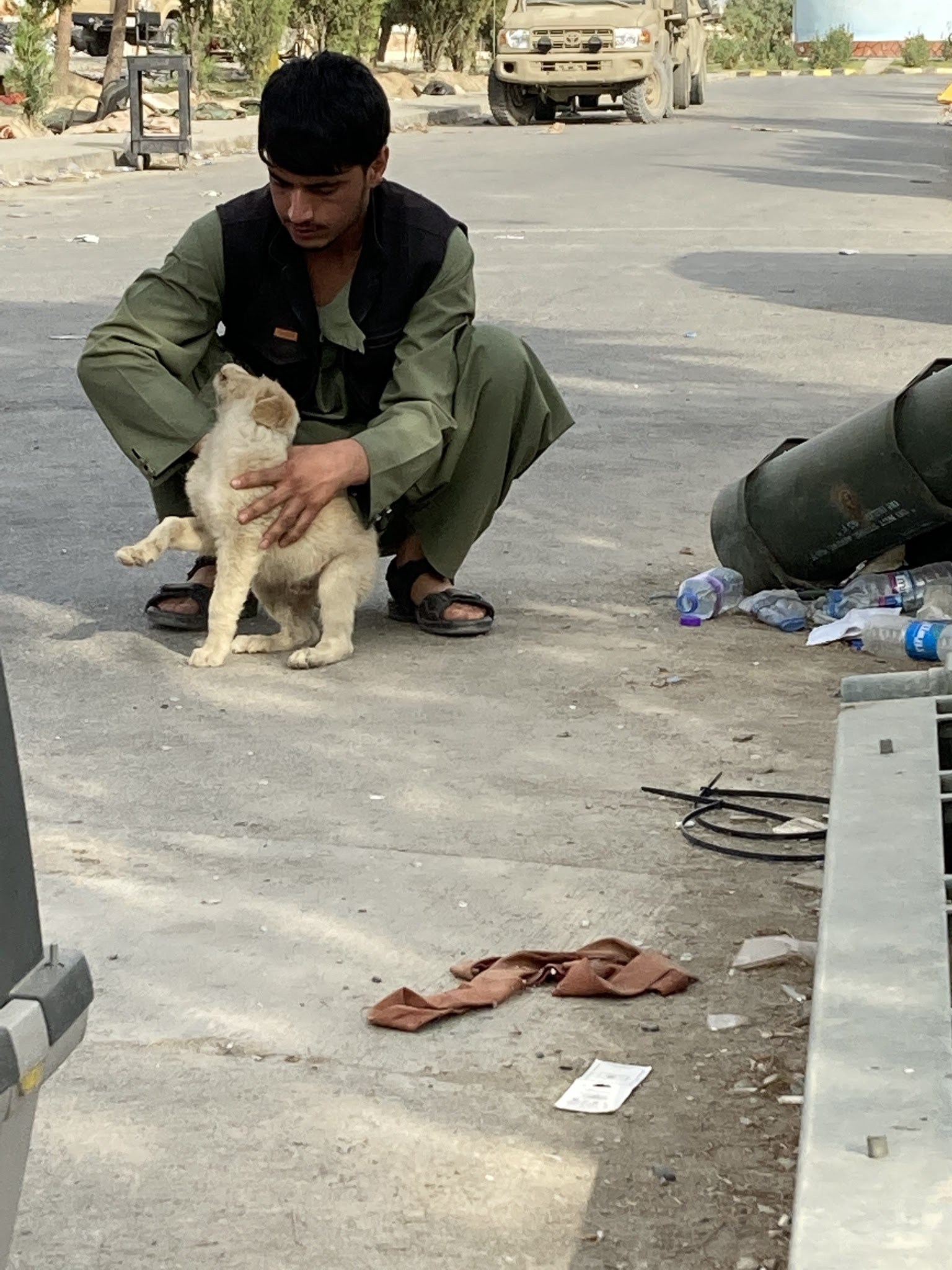 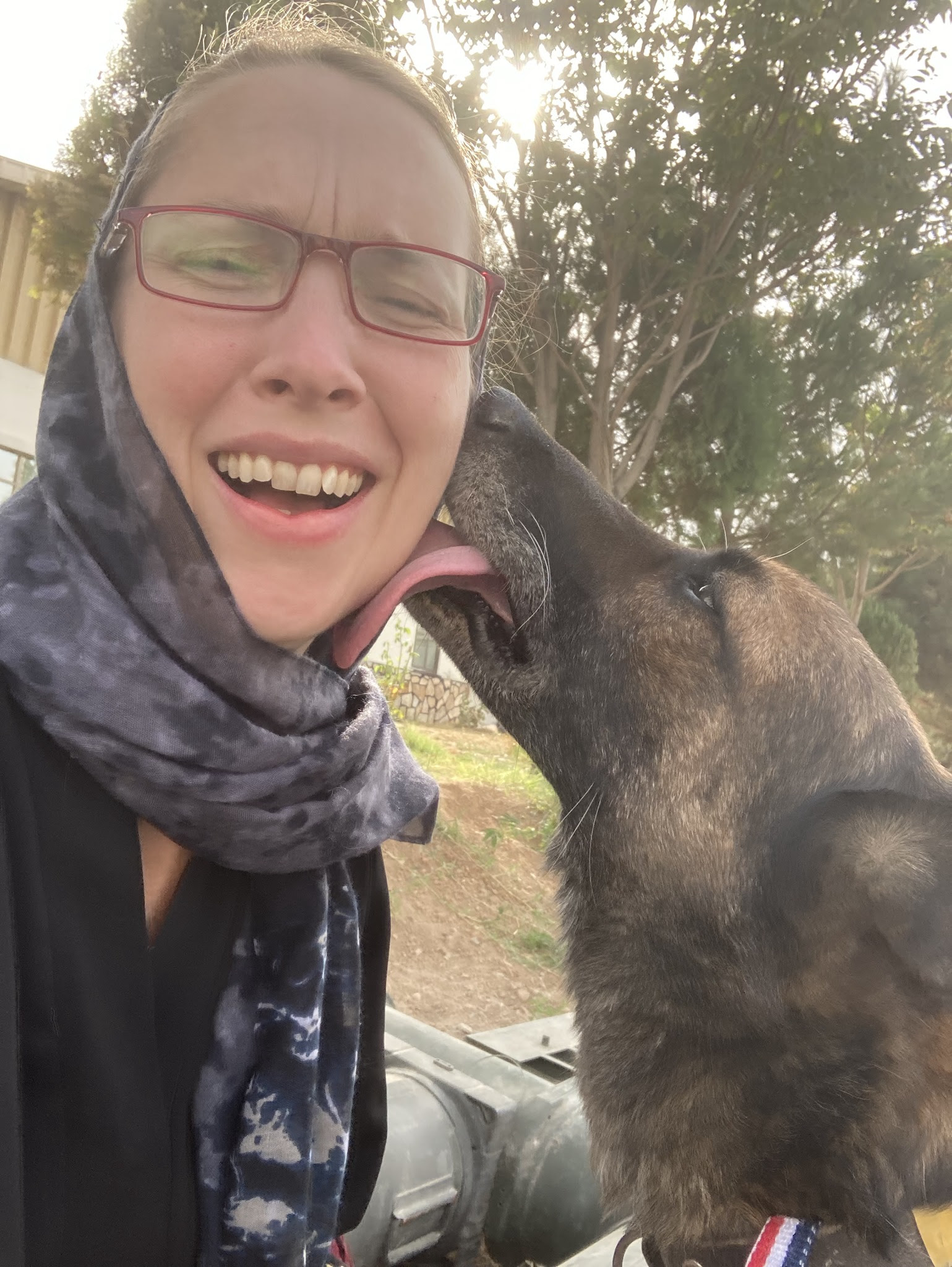 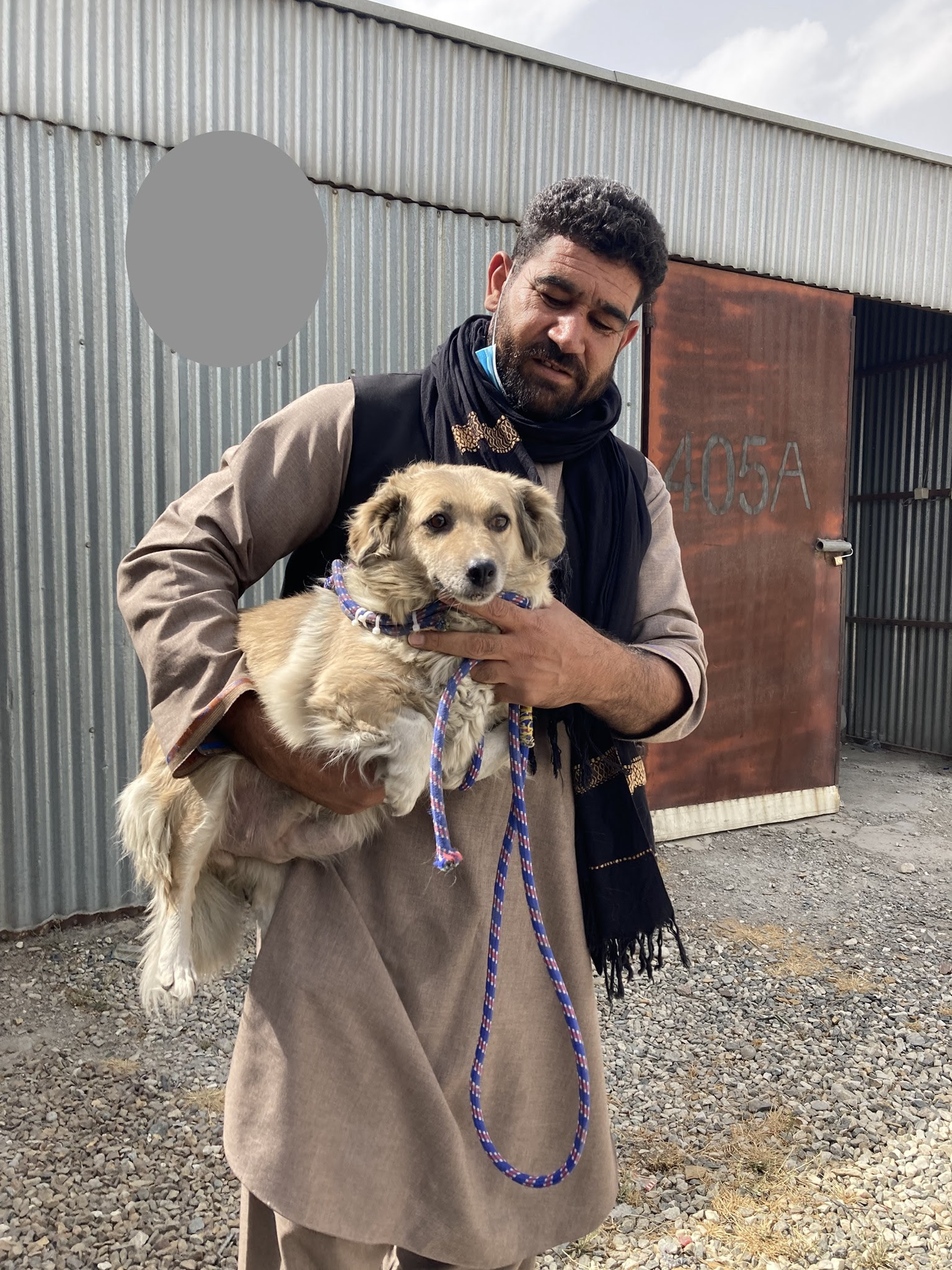 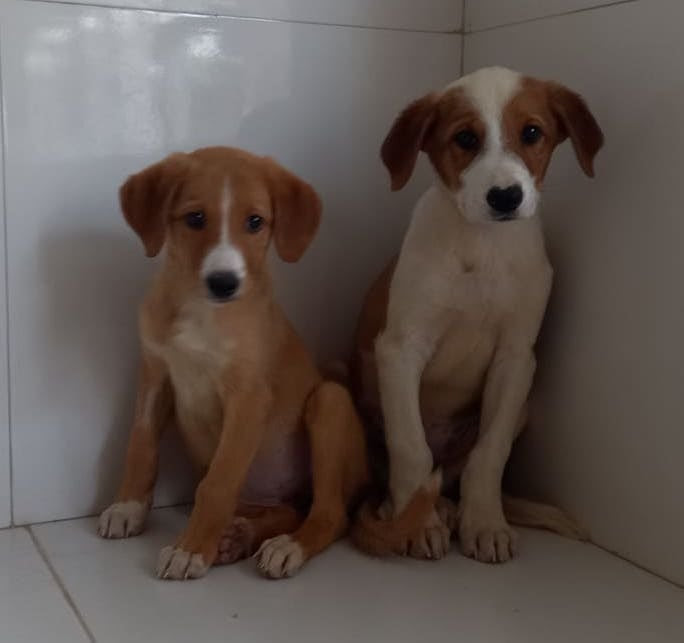 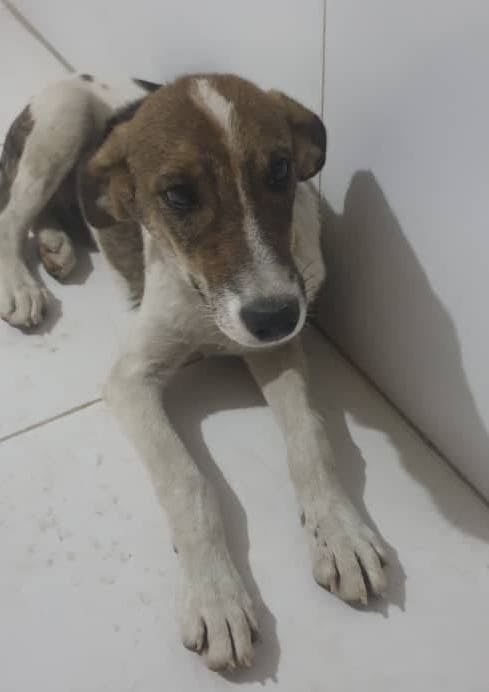 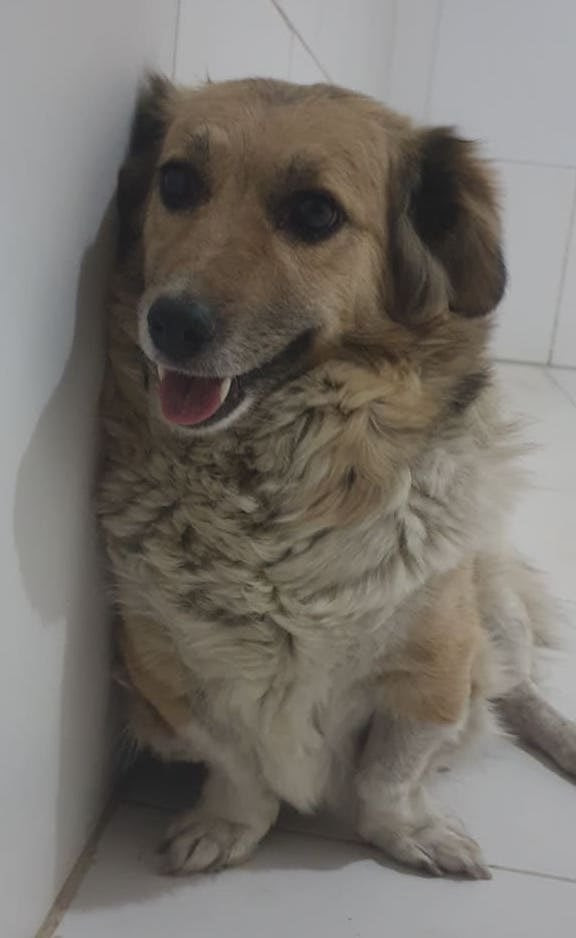 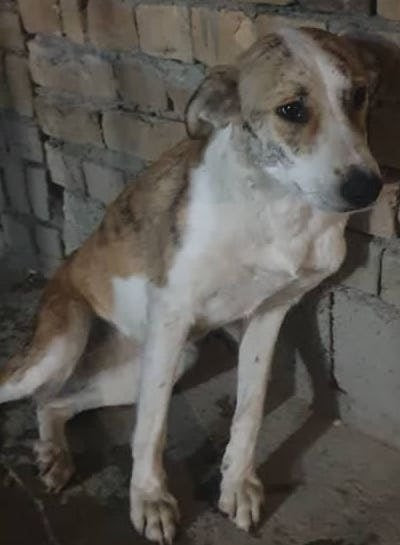 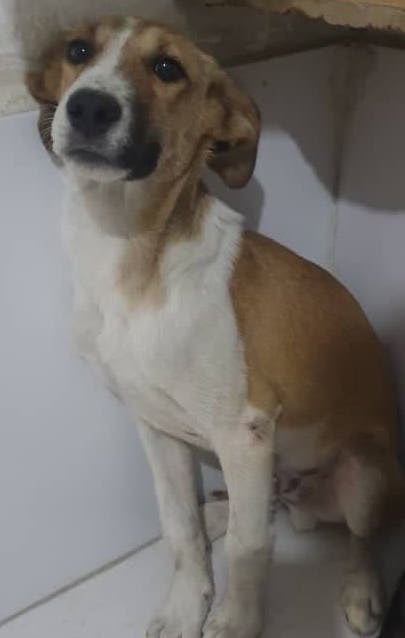 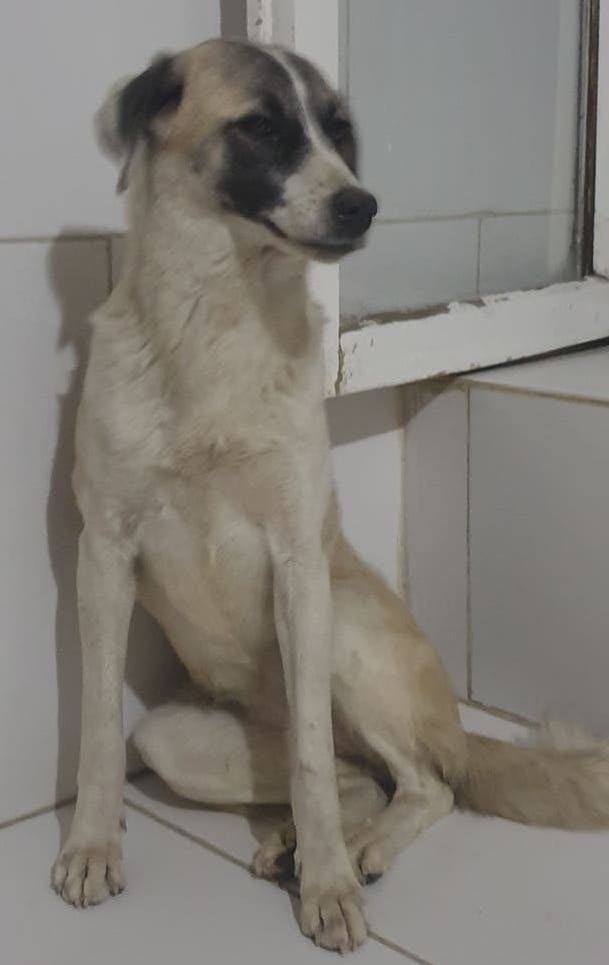 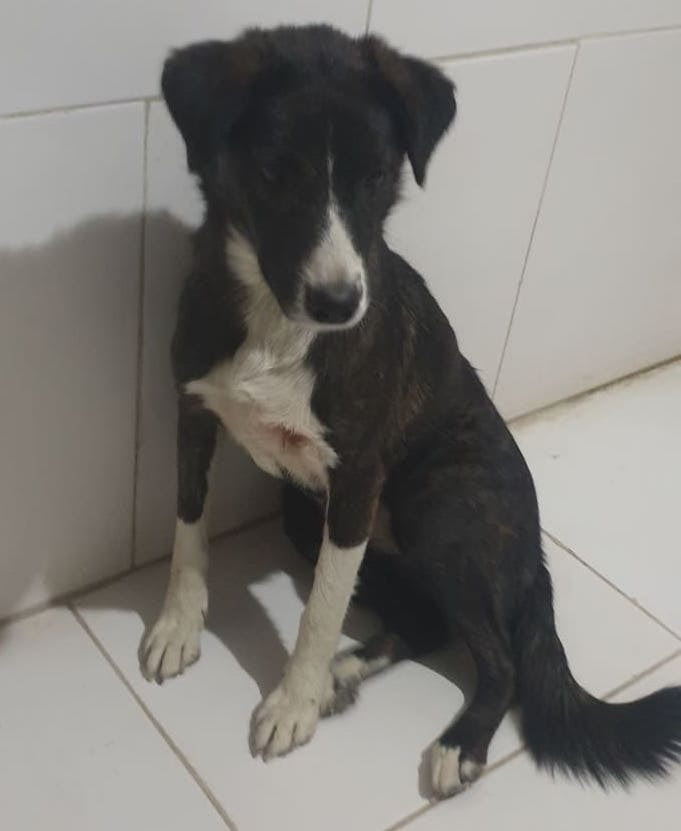 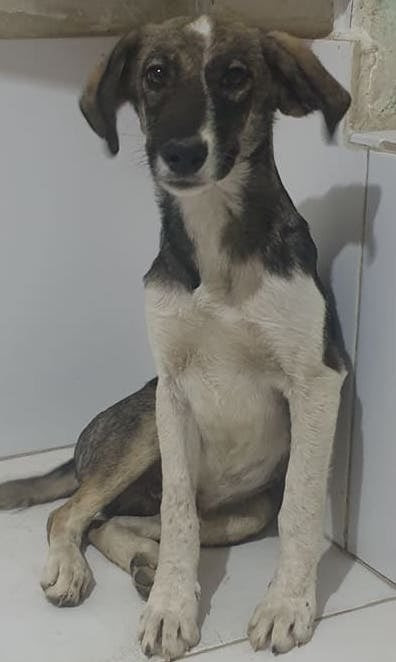 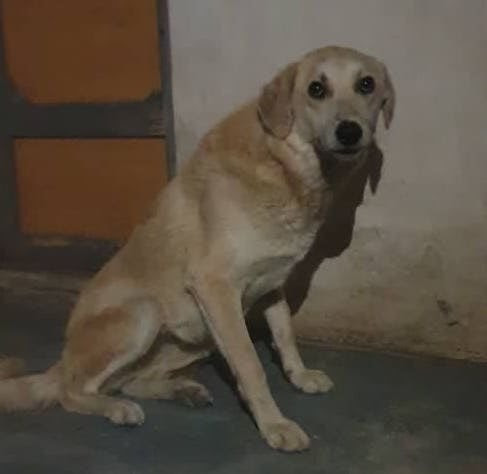 Join our plan of action and speak on behalf the people and animals left behind in Afghanistan.

Here is a link where you look up to the name, phone, and email of your house representative in Congress:

Here is a link where you look up to the name, phone, and email of your U.S. Senators:

Using our sample letter, write an email letter to your representative, and send it as soon as possible. Send your letter to both the email address for the local office and for the DC office for your congressional representative.

Remember to write and then call.

After you send the email letters, the next step is to call every other day. Take notes on each call. Note the date and time and with whom you spoke at the local and DC offices of your representative and senators. Note what they told you.

See information about how to take notes during calls to your representative (below).

What is your representative in Congress doing to bring Charlotte and these animals home?

TAKING NOTES ON CALLS TO REPRESENTATIVES

LETTER TO REPRESENTATIVES AND SENATORS

I am your constituent, and I am an American citizen. I am writing on behalf of Charlotte Maxwell-Jones, who is also a U.S. citizen.

Charlotte founded the Kabul Small Animal Rescue (KSAR) in Afghanistan in 2018. Since that time, U.S. service members have been her most common type of client. Among her clients were U.S. military personnel who befriended and adopted the animals to bring home to the U.S. when they left. As the U.S. evacuation date drew near, Charlotte made promises to U.S. citizens who were being evacuated and had to leave their beloved animals behind. Her most steady clientele were U.S. military and U.S. military contractors who want to bring their animals back home.

She is possession of animals who were left in her care by U.S. citizens, who were being evacuated by August 30, 2021. They expect to their animals to be returned to them. She is also caring for and rescuing dogs that were let out of cages into an area of the Kabul airport by the U.S. military. In the mass evacuation from out of Kabul, U.S. military forces required that she release dogs in an area of the airport and then U.S. military personnel escorted her from the airport. She was then escorted by the Taliban members, back to the KSAR animal shelter.

The staff members of KSAR and animals left behind in Kabul after the U.S. withdrawal need to be airlifted out of Afghanistan immediately. They are in grave danger.

This is not a choice between people and animals, because animals can fly in the cargo. Every plane coming out of Afghanistan needs to be filled with the animals being evacuated.

I request that you take immediate action on behalf of the animals left behind, who were the family members of Americans who evacuated, and Charlotte Maxwell-Jones who is also an American and her staff.

How you feel if you were forced to leave your beloved pet behind?

I will be calling your office to discuss how you can help.

Would you donate $5/month to end animal abuse?