A message from Melya, Voice For The Animals Founder/Executive Director. 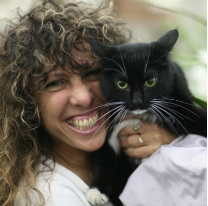 It has been a momentous year for Voice For The Animals!

It began when we learned that the Animal Cruelty Task Force (ACTF), which led to over 30 felony arrests and removed vile animal cruelty perpetrators from our streets, was going to be disbanded for lack of funding!! We began to get calls from people who witnessed animal abuse and had no one to call!!

We jumped into action. We understood that the city had no money and it was a very low priority. So we decided to show the council that animal abuse is the first step in the cycle of violence. We put together facts that proved that animal abuse leads to human violence. And that if they disband the ACTF, animals and humans will suffer!!

In spite of the significant obstacles, we succeeded in getting the ACTF fully funded.

The City Council understood the dangers of disbanding the task force. Councilmember Bob Blumenfield commended us for our work.

"This breakthrough would not have been possible without Melya Kaplan and Voice For The Animals. I am so grateful for their partnership and all they do to make our city safer, and better for the animals."

Another big win this year occurred after our visit to Cyprus, where we introduced the idea of forming a police unit to investigate animal abuse. The goal was to have an animal abuse police unit, and this was drafted as a proposal and submitted for consideration. The good news is that the new law recently passed the Cypriot Parliament! Voice For The Animals has now been asked to organize a training for the officers of the newly formed unit in Cyprus. The officers in Cyprus had heard how, in 2015 and 2017, we trained 700 officers in Greece in investigating and prosecuting animal abuse. And how the training was a tremendous success! 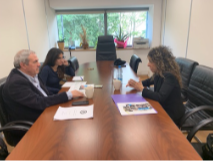 Our goal is to train the police and enact animal abuse laws in every country in the world!

Will you join us? Please make a donation right now and make your voice heard around the world! Your donation will stop violence to animals and violence to humans! We can do this together!