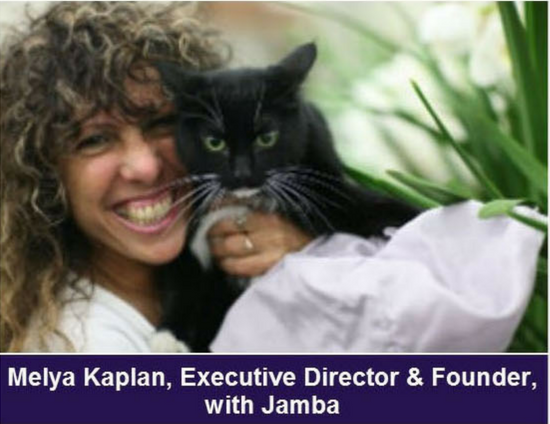 Voice For The Animals was founded by Melyá in 1999. Melyá was inspired to start Voice For The Animals when she realized that, although there were many great rescuers, there was a dire need for a new type of animal protection organization with programs to empower people to help more animals. Programs like the Hotline where the public can call, talk to a live person and receive help; like the Humane Education Program which educates students on compassion; like the Helping Friends Program which provides food and vet care to people so they can keep their animals; like the Working Cats Program which rescues feral cats and places them as rodent control; like the Abuse Prevention Program which partners with city agencies to stop animal abuse; like the Animal Film Program which makes films about animal issues; and like the VFTA Worldwide Program which has begun in Greece to train the Hellenic police to investigate animal abuse.


VFTA prides itself on our excellence, significance and leadership in the community. We are founded on a belief in the sacredness of all life and seek to eliminate situations where animals are neglected or destroyed. The Commendation of Excellence we received from the City of Los Angeles in 2010 stated, "Through its steadfast ways and caring deeds VFTA has helped make our world a better home for all living things." We also have received a Certificate of Appreciation from the City Council (1996) for VFTA's "tireless work on behalf of the animals in the city of Los Angeles."