Do you know the connection between mass shooters and animal abuse?

Do you know the connection between mass shooters and animal abuse?


Mass Shooters with a History of Animal Abuse

Voice For the Animals Foundation 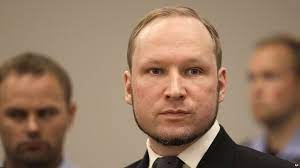 After setting off a car bomb explosion in Oslo, Norway that killed eight people and injured two hundred and nine others on July 22, 2011, domestic terrorist Anders Behring Breivik, took a ferry to the island of Utøya. Breivik then opened fire at the participants of a summer camp, killing sixty-nine and injuring one hundred and ten. Breivik would torment pet rats and put bumblebees in water so “he could watch them drown.” Neighbors made it clear to their children that Breivik was not to come anywhere near their cats or dogs. 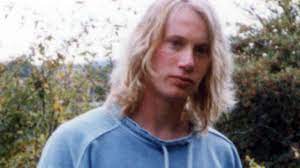 On the morning of April 28, 1996, in Port Arthur Tasmania, Australia, 28-year-old Martin Bryant killed the elderly couple who owned Port Arthur’s Seascape guesthouse. After having lunch at the Broad Arrow Cafe, Bryant removed a Colt AR-15 rifle from his bag, and began shooting. After killing twenty-two people in rapid succession, Bryant left the restaurant and killed the drivers of two tour buses, some of their passengers and a mother and her two small children, among others. He then shot four people in a BMW and drove the car to a nearby gas station, where he shot one woman and took a man hostage, before driving back to the Seascape guesthouse. After an eighteen-hour stand-off with police, Bryant set the guesthouse on fire before being captured. He had apparently killed the hostage sometime earlier. Bryant tortured animals as a child and had shot a parrot and mutilated its head. He also told his girlfriend he'd had sex with a horse. 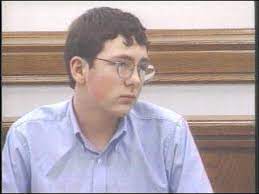 Fourteen-year-old Michael Carneal arrived at Heath High School in West Paducah, Kentucky on the morning of December 1, 1997. He then fired eight rounds in fast succession at a youth prayer group of students killing three girls and wounding five others. Carneal had previously been heard talking about throwing a cat into a bonfire. 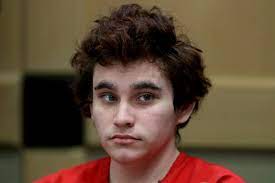 Before shooting seventeen people to death and wounding seventeen more at Marjory Stoneman Douglas High in Parkland, Florida on February 14, 2018, Nikolas Cruz allegedly abused animals. In elementary school, Cruz began shooting squirrels and chickens; as a teenager, he killed frogs, tried to maim a neighbor’s baby potbelly pigs, and tried to crush animals trapped in rabbit holes. On Instagram, Cruz boasted about killing animals and posted images of dead ones. 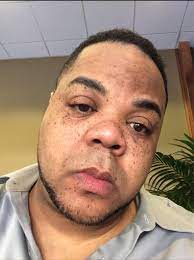 On the morning of August 26, 2015, Vester Lee Flanagan II, 41, waited for Alison Parker and Adam Ward, young journalists at WDBJ in Roanoke, Virginia, to begin an on air interview. Then, while also recording on his own video camera, he shot and killed them. Mr. Flanagan, a journalist who WDBJ had fired two years previously, shot himself in the head hours later, after writing about the shooting on Twitter, uploading his murder video to Facebook and sending a manifesto to ABC News that spoke admiringly of mass killers and said that as a black, gay man he had faced discrimination and sexual harassment. Before Flanagan took the lives of Parker and Ward, he killed his two cats and buried them in the forest. 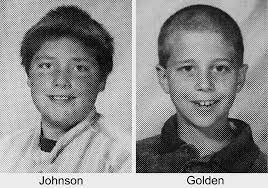 Mitchell Johnson, 13, and Andrew Golden, 11, were both heavily armed when they arrived at the Westside Middle School near Jonesboro, Arkansas on March 24, 1998. They pulled the school’s fire alarm and as children and teachers filed out of the building, the two boys opened fire, killing four classmates and a teacher and wounding ten others. Mitchell Johnson had previously shot a dog and a cat. Andrew Golden reportedly told friends he used to shoot dogs “all the time with a .22.” And a neighbor had accused Golden of killing her cat with a BB gun and placing it with her garbage. 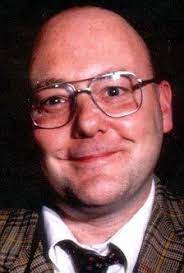 Suspected pedophile Thomas Hamilton drove to Dunblane primary school in a small Scottish town on the morning of March 13, 1996. He then cut the cables on a telephone pole before entering the school wearing shooting earmuffs and carrying four handguns and seven hundred forty-three rounds of ammunition. Hamilton then shot to death sixteen young children and their teacher and wounded fifteen others before turning the gun on himself. Hamilton reportedly enjoyed shooting animals and squashing rabbits' heads beneath car wheels as a youth. 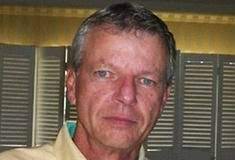 Fifty-nine-year-old John Russell Houser went to the Grand 16 movie theater in Lafayette, Louisiana, on the evening of July 23, 2015 armed with a Hi-Point Model JCP .40-caliber handgun and equipped with two ten-round magazines. Shortly before 7:30 p.m., Houser, who had a history of mental problems, stood up in the theatre with twenty-five people in attendance, pulled out the handgun and started shooting indiscriminately while walking down the steps. He fired at least thirteen rounds and reloaded once, killing two people and injuring nine others. After the shooting ended, Houser exited the theater through a side door and tried to head for his vehicle while blending in with survivors. However, upon noticing police sirens, he retreated inside the building and fired three more shots at fleeing moviegoers before committing suicide. Animal abuser Houser once followed a sick cat and “bashed it on the head with a piece of rebar” to kill it and said he wanted to drug sick pets and “finish them off with an ax.” 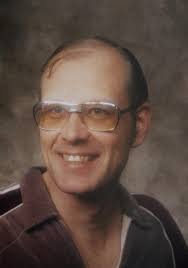 After losing his security guard job a few weeks earlier, forty-one-year-old James Huberty entered a McDonald’s restaurant in San Ysidro, California, on July 18, 1984, and opened fire. Huberty, who had a wife and two daughters he physically abused, fatally shot twenty-one people and wounded nineteen others before being killed by a police sniper approximately seventy-seven minutes after his rampage began. Huberty, a conspiracy theorist and self-proclaimed survivalist who claimed to hear voices, threatened to shoot a neighbor’s dog after it defecated on his lawn. He also shot and killed his pet German Shepherd after his landlord complained about it scraping the paint on his car. 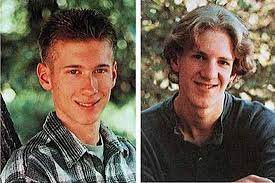 Both Eric Harris and Dylan Klebold reportedly boasted about mutilating animals for fun before the two senior students walked into Columbine High School in Columbine, Colorado on April 20, 1999, wearing black trench coats that concealed weapons, pipe bombs and ammunition. Harris and Klebold then murdered twelve students and one teacher, wounded over twenty others, and exchanged gunfire with the police before committing suicide. At the time it was the deadliest school shooting in U.S. history and the crime has inspired several copycats. 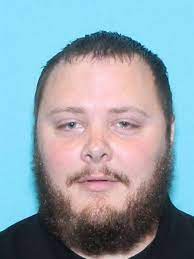 Devin Patrick Kelley pulled up to the First Baptist Church in Sutherland Springs, Texas on November 5, 2017 at around 11:20 a.m.. Stepping out of his SUV wielding a Ruger AR-556 semi-automatic rifle, Kelley was wearing black tactical gear, a ballistic vest, and a black face-mask featuring a white skull. He opened fire on two people outside the church, then entered the house of worship where he killed twenty-six people, including an unborn child, and wounded twenty others before dying of a self-inflicted gunshot wound. Kelley, who was prohibited by law from purchasing or possessing firearms because of a domestic violence conviction, had bragged “about snapping his pet dog's neck when he was just ten years old,” pleaded guilty to animal cruelty for punching a dog as an adult, and told a coworker he was buying dogs on Craigslist to shoot for “target practice.”

Expelled fifteen-year-old student Kipland Kinkel first murdered his parents before engaging in a school shooting at Thurston High School in Springfield, Oregon that left two students dead and twenty-five others wounded on May 21, 1998. Kinkle had a history of animal abuse and torture, allegedly decapitating and immolating cats, dissecting live squirrels, mutilating a cow and cramming firecrackers inside gophers and cats. 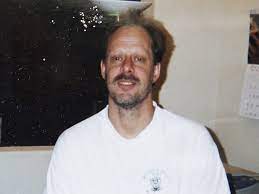 Sixty-four-year-old Stephen Craig Paddock, a real-estate investor, property manager, retired accountant, amateur pilot, and avid video poker gambler, opened fire into a crowd of concertgoers attending a country music festival on the Las Vegas Strip on October 1, 2017. He murdered sixty-one people and injured eight hundred and sixty-seven others before committing suicide in his hotel room shortly after the shooting. Paddock often posted pictures on social media of bloody animals he had killed. 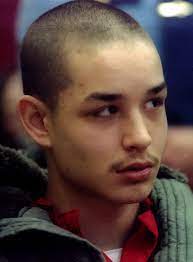 Sixteen-year-old Evan Ramsey armed himself with a Mossberg 500 12-gauge shotgun and arrived at Bethel Regional High School in Bethel, Alaska, by school bus on February 19, 1997. He approached the student commons area, brandishing the shotgun, and shot fifteen-year-old Josh Palacios in the abdomen, who later died after emergency surgery. He then shot and injured two other students before he entered the school’s main lobby, where he shot principal Ron Edwards twice, killing him. Ramsey then retreated to the commons area, shooting once at police before surrendering. Before his shooting spree, Ramsey would throw rocks at dogs for amusement. 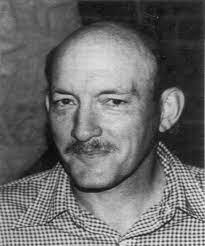 In less than fifteen minutes, Postal worker Patrick Sherrill shot and killed fourteen coworkers and injured six others in the Edmond, Oklahoma post office on August 20, 1986, after being reprimanded by his supervisors the day before. Sherill, who committed suicide by shooting himself in the forehead after his killing spree, had a history of stealing neighbors’ dogs and cats, tying them to a fence with wire and mutilating them. He’d also allow his own dog to attack and mutilate the animals he would steal. 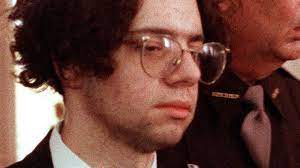 17-year-old Clay Shrout got ready for school on May 25, 1994, differently than any other day. Instead of getting his school work in order, the northern Kentucky teenager loaded a .380 caliber pistol, and killed his mother, father, and his two sisters. Then he got in his parents’ Jeep and started driving. Along the way, he kidnapped a girl he knew at gunpoint. Eventually he drove to Ryle High School, where he held twenty-two of his trigonometry classmates hostage before giving himself up to police several hours later. Shrout was a known animal abuser who shot birds and reportedly “kicked his caged Dalmatians.” 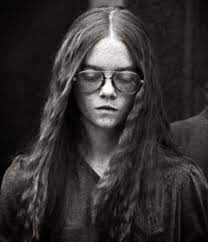 Sixteen-year-old Brenda Spencer, who had talked about doing something big to get on television, opened fire at the Grover Cleveland Elementary school in San Diego, California on January 29, 1979. She killed the principal and a custodian; and injured eight children and a police officer. Spencer, who’d been previously arrested for shooting out the windows of the Grover Cleveland school and for burglary, would hunt birds in her neighborhood and repeatedly abused cats and dogs, often by setting their tails on fire. 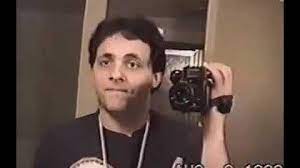 Dressed in military fatigues and armed with a .44-caliber pistol, 26-year-old Dion Terres stormed a McDonald’s restaurant in Kenosha, Wisconsin, on August 11, 1993. He fired several shots as the thirty people inside dove for cover, then yelled for everyone to leave or get down, and shot those who didn’t move fast enough. He killed two people and shot himself in the head before police arrived. Terres admitted intentionally killing his own pets: “I killed all the lizards. And the fish, a lot of fish I killed.” 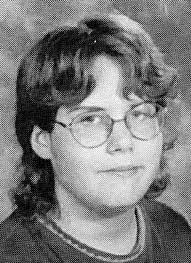 Sixteen-year-old Luke Woodham fatally stabbed and bludgeoned his mother on the morning of October 1, 1997, as she prepared for her morning jog. Then he drove his mother’s Toyota Tercel to Pearl High School in Pearl, Mississippi. Wearing a trench coat to conceal the rifle he was carrying, Woodham entered the school and shot and killed two classmates and injured seven others before being detained and arrested. Woodham’s journal revealed he had beaten his dog Sparkle with a club, doused her with lighter fluid, set her on fire and threw her in a pond.

Would you donate $5/month to end animal abuse?