The speakers influenced me by changing my perspective and making me more aware of animal cruelty. The speakers did a good job of engaging me. I liked that the speakers had experience and showed emotion. I am more involved because I know more and understand what I can do to help stop animal cruelty.  – Miles Harrison, 6th grader

I learned a lot of information on how animals were treated and what places treat them badly. I learned about bull hooks and how they used them on elephants. I also learned how they stopped using the bull hooks in the LA Zoo. They mistreat the animals badly in zoos, Circuses, Rodeos, and much more.  I also have learned about the importance of adopting animals in shelters and spaying/ neutering! I am teaching my family all about it! We need to end animal cruelty today! – Camila Wilson, 7th grader

The things that Minoo and Mariana said touched my heart. I think that these are little poor animals who don’t have a voice and we are abusing them. Like in animal entertainment, I think it is wrong to beat them. They should not have with animals in the first place. People do the dumbest things messing with animals. There are many deaths because people have been harassing animals. The speakers told us a lot of information that taught me how I can support the life and love of animals- Anaya Banks, 6th grader

Something that I did not know was that there were so many homeless pets in L.A City. The most “shocking” part was when they told us about what was going to happen if we did not take care of our pets, for example that you have to keep the cats inside your house and that dogs have to go out EVERY day. Something that I learned from their presentation was that TOO MANY kittens and puppies are born every year, or even every day. Now I know that we have to neuter our dogs/ cats, also it is free! And I really liked Rico’s story because I think that it was really nice what Holland’s grandma did for him.Hope they came again to present other things in animal Rights!!!!!!- Julia Manilow, 8th grader

I have learned so much in this class from what really happens at zoos and laboratories, to how to help a homeless animal.  I have to say that it really gets so hard to look at meat the same way I once did.  And to know that people test products on animals claiming that it will save lives, when these animals have totally different DNA makes me so upset.  I really hope that one day people will look at animals as equals.

Before I came to this class I had so little knowledge on how animals were being treated.  I would go to zoos with no reason to think that zoos were so wrong.  When the speakers came, they explained so much I now understand what elephants and other animals are going through.

I really can’t begin to put what I feel on this paper.  I feel so strong about animal rights now that I have more information and details about how these animals are being effected around the world by humans. – Cameron Robson, 7th grader 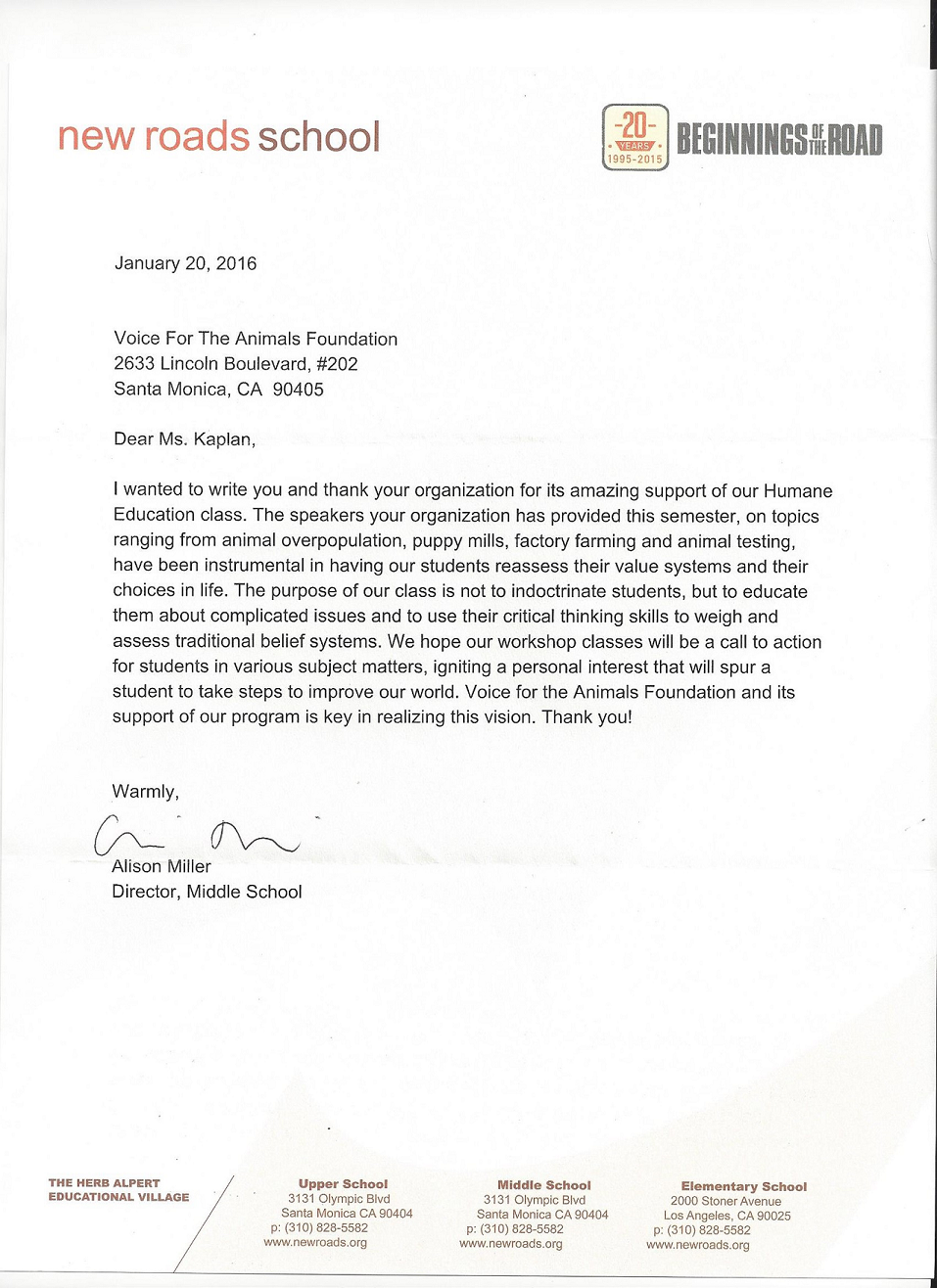 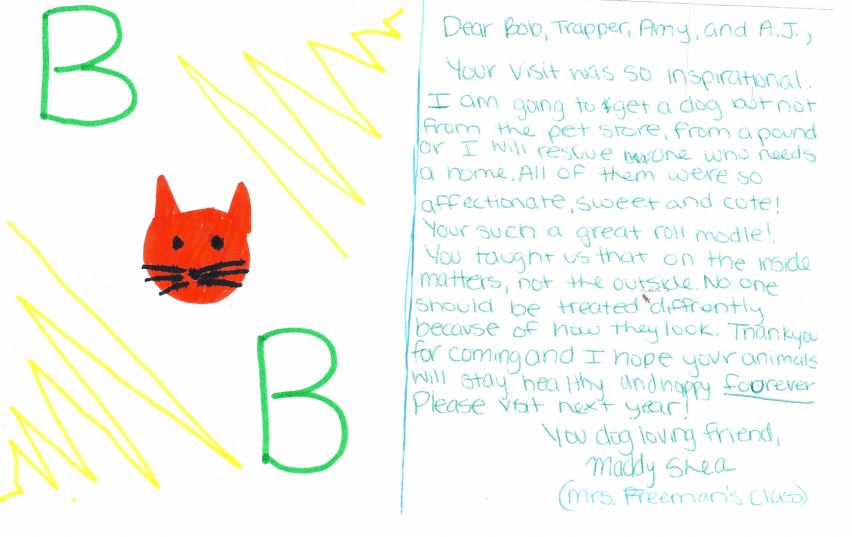 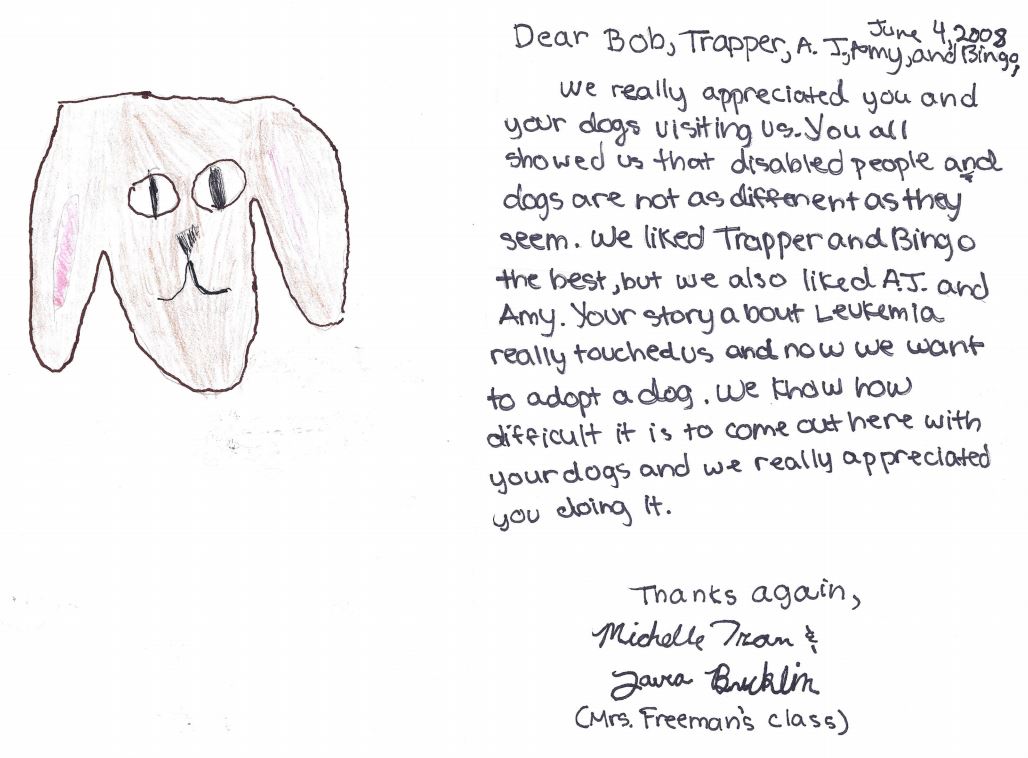 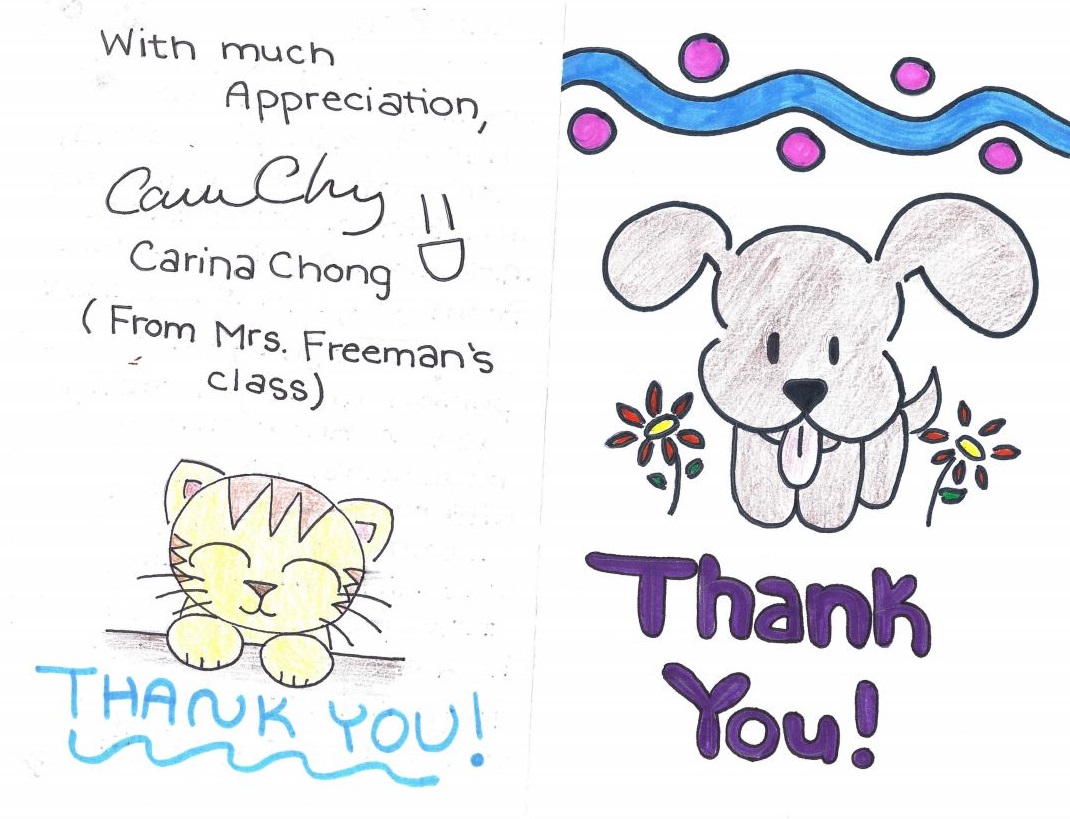 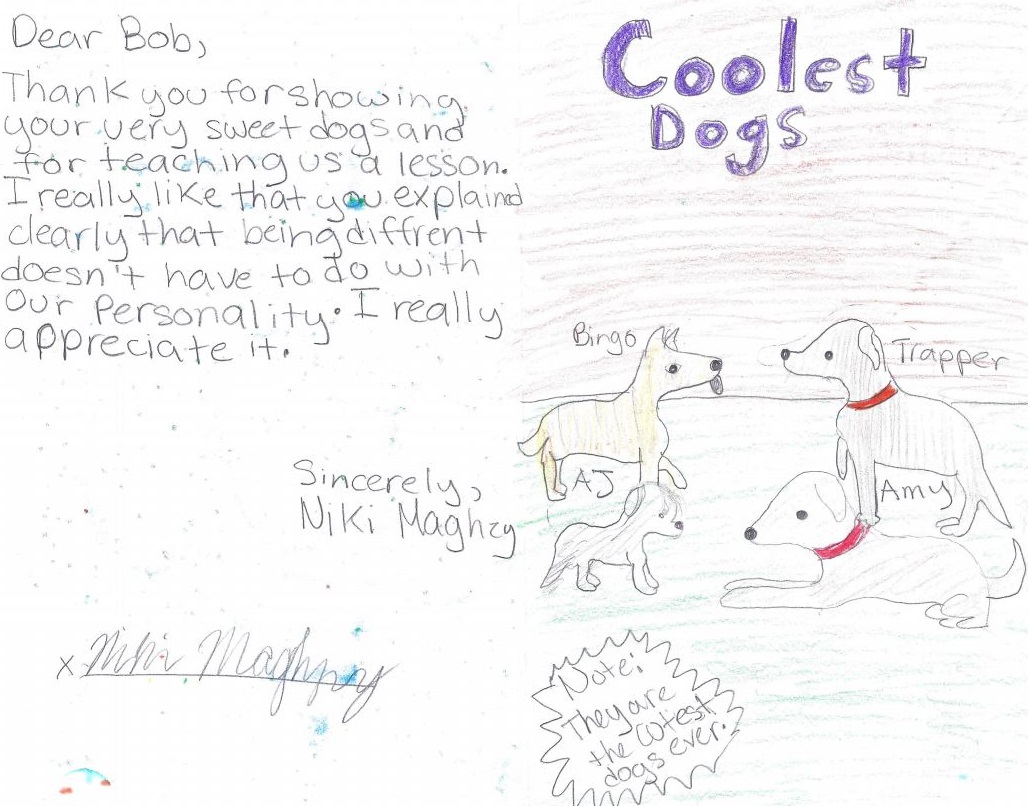